The Côte Basque has been a popular tourist destination since Napoleon III chose it to launch the craze of sunbathing in the 19th century. Surfing in France began in 1956, when the first surfboards arrived in the luggage of a Californian surfer and filmmaker named Peter Viertel. He was amazed by the quality of the waves that he found on the Côte Basque and surfing caught on quickly, due, in no small part to the Basque peoples love of the ocean.

The coastline faces due west around to due north, catching the bulk of the very consistent North Atlantic swells. Unfortunately, it is not so well orientated for the dominant NW winds. When a low pressure approaches the coast, winds usually blow from the SW before turning WNW. Big storms are common and the surf can remain blown out for several days. Combine this with rain and cooler temperatures and it can get a little depressing! On the other hand, when a high pressure covers the country you will be blessed with sunny skies and in the mornings, light offshore breezes (about 1/3 of the time). In the afternoons it’s usual for a light to moderate NW seabreeze to kick in. Tidal ranges can reach 14 feet (4,50m) on spring tides, at which time very few spots work properly. Get a tide chart.

Citizens of Brazil, South Africa and Japan need visas. Paris is 8-10 hours away on an expensive toll road. Unleaded fuel costs about $1/l. It’s a one hour flight with Air France from Paris. Ryan Air fly cheap from London. Tickets are expensive. It takes 5 hours by TGV bullet train from Paris and boards are charged an extra $25.

The road network is very efficient, although the N10 road running down the coast of Aquitaine and the Basque Country is busy. There are car parks close to most spots. The bus service is only reliable in Anglet, Bayonne and Biarritz. The train stops in Bayonne, (for Anglet and Biarritz) Guéthary and St-Jean de Luz. Cycling around here is tough, because of steep hills, rain and traffic.

Due to the proximity of the Pyrenees mountains, it rains about 1500mm annually on the French Basque coast (1 day out of 2), which is less than the Spanish Basque country, but more than Hossegor. Summer stays light until 10pm- in the winter it’s dark by 5.30pm. The weather is reasonably stable from March to October. March and April can experience occasional afternoon temps around 20°c (68°F), while May and June are much warmer months, despite the cooler water. Same wetsuit requirements as Hossegor.

There is an aquarium in Biarritz and a surf Museum is on its way. The Longboard Surf Festival occurs in mid-July. If you are in the area in early August, then don’t miss the Fete du Bayonne. There are lots more festivals in October. Bars and nightclubs are very lively in peak season. The combination of sea and high mountains found in the Basque country make this area one of the most beautiful and enjoyable places in the world. Local sports that are well catered for include golf and mountain sports in the Pyrenees, whilst Pelote and Cour du Vache are interesting spectator sports.

Jetty rocks and shallow reefs can be threats. River runoff and tourist crowds equate to bad summer pollution, especially after storms. In the winter, beaches get covered in rubbish washed in by the big storms. Driving and parking are tricky during July and August.

This is a well developed area with everything you will need. Some surf shops are open year round and in general gear is expensive - you will need a gun to surf the reefs when they’re big. Try and learn some French, as it will be appreciated. 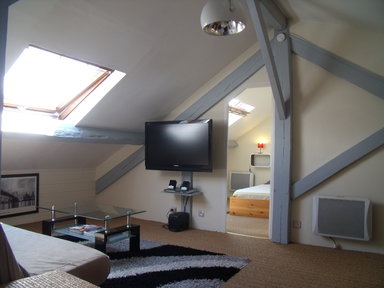 T3 - APARTMENT 400M FROM THE BEACH OF LOVE ROOM 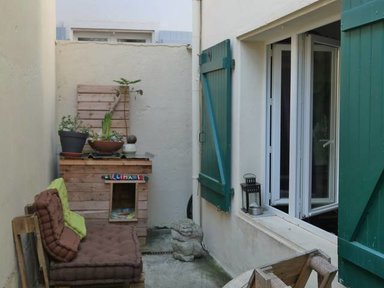 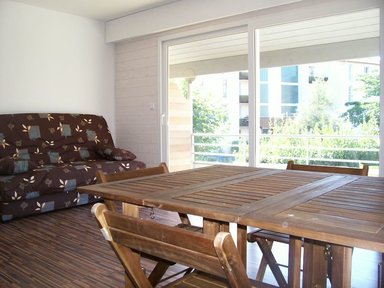 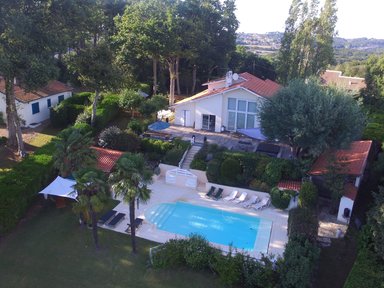 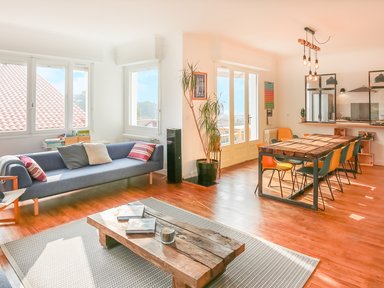 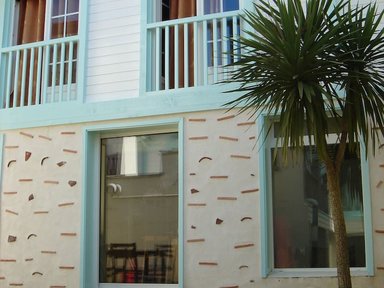 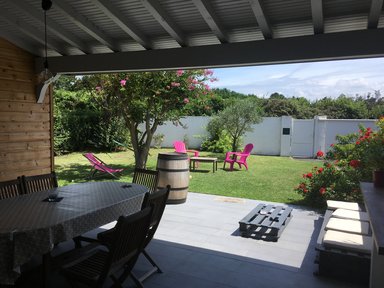 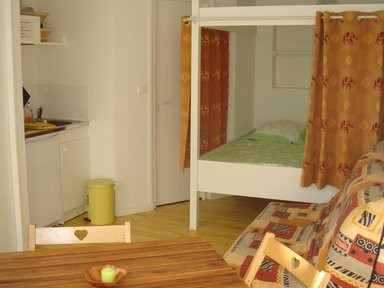 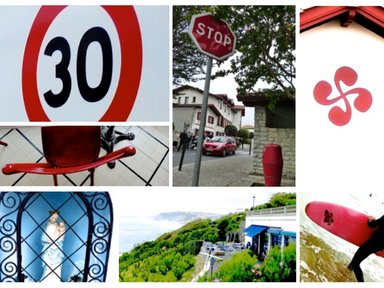